Overwatch, a first-person shooter game, is developed by the well-known Blizzard Entertainment. It is a team-based multiplayer game of 2015, which has a complex ranking system. Overwatch is consist of two rankings system, namely;

Skill ranking is the initial metric to determine the player’s competitive ranking. It can determine how quickly and how far the player can advance. The player must improve the SR rank to improve the competitive rank too. But, both are not mutually exclusive. Skill ranking is concealed ranking to be determined every competitive season. Each season will last for about two months. So, it is possible to change the player’s SR within time. Keep reminded that the game developer of the game does not reset the SR ranks in every season. 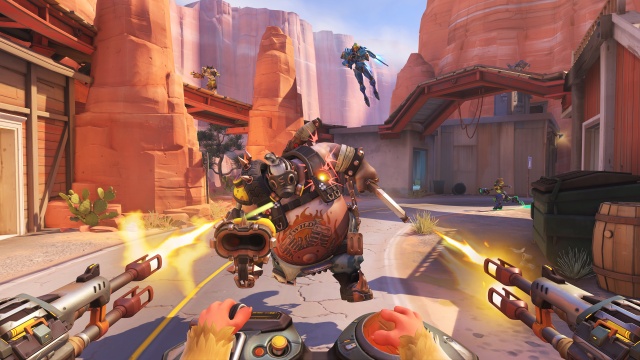 When do Skill Ranking and Competitive rank set?

SR is first determined by the time the player plays the placement matches during the onset of the competitive season. Overwatch has 10 placement matches, after completing the 10, the player will be sorted to the competitive rank based on SR. The competitive ranks are ranging from Bronze to Grandmaster while the SR ranks ranging from 1 to 5, 000. Once the player is placed in a competitive rank, gaining and losing SR are both expected. It happened based on both winning and losing streaks and personal performance during the season. Upon winning games, it generally increases the SR. Losing matches may decrease both SR and rate gained. However, many factors determine how much SR is lost or gained.

The fact that SR is a concealed metric, Blizzard doesn’t provide strict formulas for how SR is determined. So, it is up to the player how to determine SR. Speaking of SR, one of the designers of the game, Mercer, said that if the player has multiple losses or wins streaks, it is where the gap is demonstrated in actual versus perceived skill. Mercer claimed that Blizzard wants to have a fair play result, to minimize the number of matches of the players whose skill rating unmatched their level of play. It means that the results will improve the quality and fairness of matches for every player.